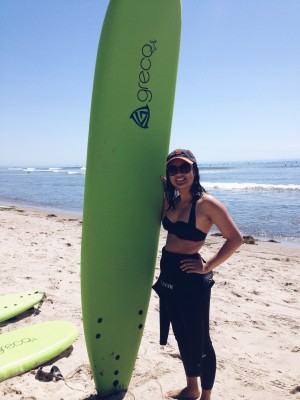 From the looks of this photo, I had myself a darn good adventure. I did something that I’ve never done before, surf. As a Point Loma student, the typical stereotype is “Oh you know how to surf right?” Then this is where I would shamefully respond with a “No..” But all of that has changed now, and I, Meg Alexandra, spent the first weekend of April surfing.

It was a combination of spontaneity and peer pressure that made me decide to sign up for a school surf trip. I had no other plans, and I thought it was about time that I learned how to surf and took advantage of going to college on the beach. It was a sun soaked weekend filled with beach bummin’ alongside friends. By the end of my trip I was a few shades darker and had sand in places I can’t describe. I may not have stood up on my board, but laying on my board, in the middle of the vast ocean, was pretty spectacular.

There’s something about the ocean that draws me near. I was raised in the Peninsula of Northern California, currently attend university at a college steps away from the beach, and studied abroad in the costal city of Barcelona, Spain. It took a while for me to realize that the subconscious part of me always wants to be close to the water. When I was a kid I used to believe that I was a fish, because in my childhood world opening your mouth wide open in the swimming pool meant you were breathing in water. You see now that a part of me loves the water.

In the water, you can float completely still and go along with where the current will take you. With your ears just below the surface, all the commotion going on around you is silenced and all you here is the jumbled sound waves. There is no gravity pulling you down, and the force of the water makes you move slower. It’s so much calmer, and in my opinion, so much more peaceful. 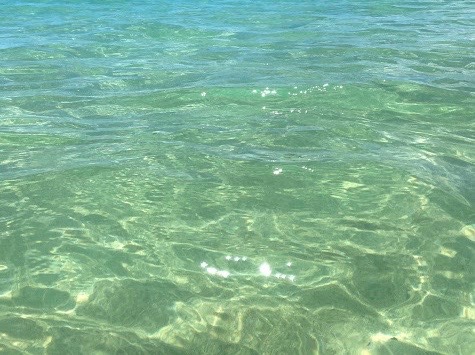