It was 15 Fridays ago that I said goodbye to Royce and that I’d see him after spring break. I took my stuff out of the teacher closet, waved goodbye to the kids, and walked to my car. Later that night I was supposed to board a flight to San Francisco, but to avoid feeling rushed and because I hadn’t even begun packing, I postponed my flight to Saturday. So instead of getting home, rushing to get ready for a flight, and then running my way out the door, I rinsed off, cleaned my face, and put on something nice to wear to church. I was late- as usual- so I walked up to the front row where I normally sit while the worship set had already started. After service I went outside to the courtyard, gave some friends a hug, then went to have dinner at Zippy’s with a friend. All in all, it was a pretty normal Friday.

Who would have known that the world- my world- would soon completely flip upside down.

No one knew! No one saw it coming! COVID-19 came and put a screeching halt to the way the world was running. Soon schools would close, businesses would shut down, stay at home orders would be put into place, and quarantining at home would be the one thing everyone had in common.

At first, I was overjoyed. Extended spring break! Who could say no to that? I wouldn’t have to wake up early to commute into town. There would be no kids screaming my name. I could go to the beach! I could have a slow morning and eat breakfast at home! It would be wonderful. This was the kind of break I needed.

And it was! It was truly a beautiful season of rest and rejuvenation. Because before COVID hit, I was working 40 hours a week, going to some sort of church related activity every night of the week, spending my weekends working at Madewell, and was only really home to shower, eat, and go to sleep. I was constantly moving and going and doing the next busy thing. There was no time to slow down, no time to do nothing, no time to rest. So when work from home became the new normal and church was no longer gathering in person, I didn’t have to be anywhere. I could just be home.

Being home meant I could finally just be. I did lots of reading- seven books to be exact. I organized the ‘junk’ drawer to the best of my ability only for more junk to get piled in as time passed. I did laundry and lots of it- my bedsheets have never been cleaner. I went through my closet sorting out old clothes and ended up trying everything on. I maintained a steady workout routine and for the first time in my four years of living in Kaneohe I walked up and down Mokulele. COVID allowed me to do the things I never make the time for myself to do but know I should be doing anyways.

As for being a preschool teacher from home, I struggled a little bit at first. I wondered how on earth am I supposed to teach students when I can’t even physically be with them. My first couple Zoom calls consisted of everyone yelling “Hi guys! Look at my toy!!” for a good hour. Then after a couple more calls we started to get the hang of it and built a routine- even building a curriculum you might say. I created projects for myself, did lots of professional development research, held virtual parent teacher conferences, and even made an effort to mail the kids something fun they could play with. I didn’t know what to do at first, but as time went by I started adjusting and learning a new way of doing my job.

Then weeks of staying at home turned into months of staying at home and our school reopening date kept getting pushed back and back and back. For a while, I saw no end in sight. And the joy of getting to be home and getting to take things slow started to wear off. I wanted to move again. I wanted to be working again. I wanted little kids to call my name and church connect groups to be my source of social interaction. I wanted connection, because in a season of social-distancing,  I felt so far away from the intimate, loving parts of my world.

I would watch as my sister and my cousins had picnics together. They would go to Golden Gate Park on a sunny day and read books or watercolor. Then on Mother’s Day they all got together and had lunch. And here I was, by myself, spending far too much money on groceries and baking far too many cookies. More than once I found myself crying, wondering how much longer I would have to be alone for.

So after the third reopening extension was announced, I packed my things and hopped on the first flight to San Francisco. I was nervous and anxious. Was it going to be safe? Was it going to be clean? How many people were going to be on the plane? Did they sanitize the bins at the security checkpoint? No matter the worries that circulated in my head, I reminded myself that going home was what I needed. I needed people- my people. I needed social interaction, and for just a while, I needed to be taken care of rather than be all alone.

Over the past few years, I’ve learned that running away isn’t always the answer. That sometimes you have to muster up the courage and fight the battle head on. That’s the only way to get through it. But I kept telling myself I needed to be home. I kept telling myself I needed people. And while it was very true and it was very valid, there was also a battle I needed to fight head on. A battle that only came to the surface when I had enough time to sit with myself and not be consumed by the busyness of everything I was doing.

A worldwide pandemic, working from home, and being socially distant revealed to me my deepest desire- to belong.

To belong to a person: to be loved and cared for and appreciated. The desire for someone to want me and need me to be around just as I so deeply want them. It’s what I have always secretly and subconsciously craved, and in the midst of this pandemic I saw a glimpse of it before it vanished into thin air and disappeared.

To belong to a family here, because in California I belong to a family. There are lots of family members, and I meant lots. But here, there are very few places where I feel I can be without being the “I’ve got it all together” Meg. There was one exception though. One place I could plop myself down on the couch and take up space and not feel like a nuisance. One place where I felt welcomed just as I am and not who I was perceived to be. That too though, vanished into thin air and disappeared.

To belong to a community. This one vanished before I even had the time to realize I needed it. My work community and my church community were the first to go. Though I know they’re not disappearing forever, the absence of these communities in my life made me question my purpose and the reason I go about each day. Because when you don’t have work to go and you don’t have church to attend, where do you go to serve?

Belonging- and the lack of it- started floating its way to the surface of my life. Then the questions started rolling in. Followed by doubt and lies. Of course tears made their way into the equation. I questioned everything and had absolutely no answer in return.

Then God tapped on walls of the barrier I had been creating to protect myself from the pain and confusion, and He told me that He was always right here. He was always with me, but I was never trying to belong to Him. I had forgotten that important detail.

The image I had in my head was God holding out an umbrella in the rain. Under the umbrella He was protected and not getting wet. He was trying to hold the umbrella for me too, but I was too far away. I took steps in the directions I thought would protect me or offer me what I thought I needed, so instead of being under God’s umbrella where I could be protected and kept warm, I was getting rained on. It was the Kaneohe heavy rain too. Not the Manoa sprinkles you get in the morning. And I kept wondering why I was getting so wet, but all along I was never taking steps to get back under God’s umbrella.

Now I know- or at least have a better idea- of what I should be doing. Of where I should belong. Because my belonging is not placed in other people’s hands. It’s not even placed in how hard I work or how often I work or who I work with. My belonging is placed in the one who created me. The one who sees me as I rush through life jumping from one task to the next, and the one who is with me even when I feel all alone.

I had known that all the things I did were for God. I became a teacher so I could help children reach their fullest potential and be the absolute best versions of themselves. I volunteer with youth so I can help confused, pubescent teenagers know there is a God who loves them even when the world seems like it’s out to get them. But I am just now starting to realize that there are things I need to do for myself- when everything I do for everyone else is stripped away- that I need to do for God as well. I need to read my Bible. I need to pray. I need to be in connection with other believers who will encourage me in my faith. That’s how I’m going to avoid getting wet by the rain. That’s how I’ll be able to stand with God under the umbrella where I truly do belong. 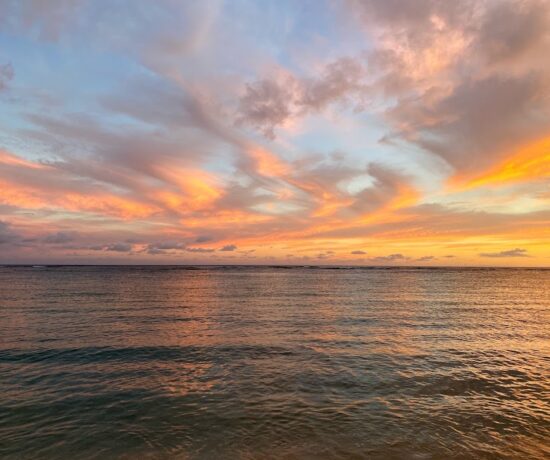